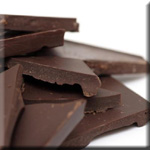 Researchers from the Universityof Cambridge in England have finally published solid evidence to demonstratethe consumption of chocolate is associated with improved heart and vascular health.Writing in the prestigious BMJ(British Medical Journal), Dr.Oscar Franco and his team determined several factors including diet, exercise, bodyweight control and lifestyle changes could help reduce the risk of heartdisease, a condition expected to claim the lives of nearly 24 million peopleworldwide by the year 2030.
The study authors found that theantioxidant and anti-inflammatory properties of cocoa from chocolate consumptioncould reduce heart disease risk by one-third and could also reduce the risk ofsudden death from a heart attack and stroke incidence.
Cocoa from Dark Chocolate Improves Cardiac Risk Markers 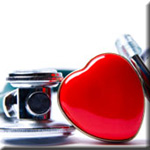 The study included an analysisof seven detailed research bodies that included more than 114,000 participants.All studies independently pointed to the conclusion that different levels ofchocolate consumption were associated with a substantial reduction in the riskof cardio-metabolic disorders. Researchers found that the flavonoids passed tochocolate from the cocoa bean have a positive impact on health and were foundto regulate insulin sensitivity and maintain blood pressure in the normalrange.
Researchers ranked chocolateconsumption among participants in the seven studies from highest to lowest todetermine the effect of the cocoa flavanols on human health risk factors. Fiveof the seven studies showed that eating the highest amount of chocolate significantlyreduced the number of cardiac events. In particular they found those who atethe most chocolate had a 37% lower risk of having a cardiovascular incidentcompared to those who ate the least.
Chocolate Consumption Lowers Risk of Stroke by Nearly Thirty Percent 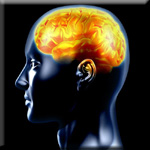 When assessing other riskfactors, the study authors found that the highest chocolate consumers had a 29%lower incidence of stroke compared to the lowest chocolate eaters.Interestingly the researchers found that high levels of chocolate consumptionspecifically lowered the risk of a cardiac or stroke event but did not impactheart failure, another very serious form of heartdisease and death. The studies examined did not differentiate between milkand dark chocolate, and included chocolate desserts, biscuits, chocolate barsand drinks. Prior research has indicated maximum benefit from eating dark,bitter chocolate with a high cocoa content.
The authors did provide a word ofcaution regarding excess consumption of chocolate particularly becausecommercially available chocolate is very caloric and eating too much of itcould in itself lead to weight gain, risk of diabetes and heart disease. They concluded, “Based on observational evidence, levels ofchocolate consumption seem to be associated with a substantial reduction in therisk of cardio-metabolic disorders.” Individuals looking to take advantageof the health benefits of chocolate may want to use a cacao bean extract supplement(25 to 50 mg per day) to reap the cardiovascular and stroke risk reductionbenefits.
Diposting oleh Julie di 09.22