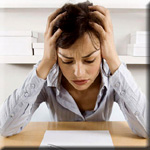 Carnosine is a naturallyoccurring antioxidant and metal-chelating nutrient that is shown to minimizethe damaging effects of stress on cellular function. Research presentedin the PLoS One journal explains thatcarnosine can help to drastically reduce the formation of amyloid beta proteinassociated with the brain tangles seen with Alzheimer’s disease.
Our antioxidant defense system isin a continual state of flux, being tested by external pathogens, metabolicglycation and stress that can determine quality of health and risk for disease.Carnosine is shown to boost and recycle existing antioxidants throughout thebody to provide a natural shield against chronic illness, and may specificallyhalt the progression of deadly diseases that lead to dementia and cognitivedysfunction.
Carnosine Supplementation Improves Cellular Energy Production to PreventDementia 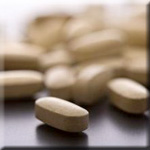 Researchers understand that acrucial marker of Alzheimer’sdementia and cognitive decline is the formation of beta-amyloid protein clumpsthat inhibit the normal electrical and neurotransmitter activity required to functionoptimally and form new memories. Until recently scientists have not fullyunderstood if the tangles were the cause or result of dementia. New evidenceexists to support the theory that amyloid plaques form as a result of adeclining ability to naturally clear the protein tangles. Neuroscientists believethat a failure in the energy producing mitochondria where glucose is convertedto ATP is to blame.
The study included mice that havebeen genetically bred to develop a form of dementia that closely resemblesAlzheimer`s disease in humans. Energy-producing mitochondria are susceptible tothe ravages of free radicals and cellular imbalances in metals like copper,iron, and zinc that cause ultimate failure of the organelles leading to numerouschronic diseases. Supplementing the mice with carnosinewas found to “promote a strong reductionin the hippocampal intraneuronal accumulation of amyloid-beta and completelyrescue Alzheimer`s disease and aging-related mitochondrial dysfunctions.”
Carnosine Helps Prevent Glycation and May Provide a Treatment Optionfor Alzheimer’s Disease 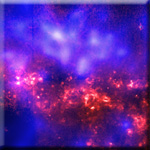 Carnosine is a potent antioxidantshown to dramatically lower mitochondrial damage typically caused by stress andglycation (protein-sugar bonds) leading to cellular dysfunction and disease. Thestudy authors went so far as to conclude“Our data indicate that carnosine can bepart of a combined therapeutic approach for the treatment of AD.” This is apowerful conclusion considering that Big Pharma has no approved cure oreffective treatment for this insidious form of dementia.
Carnosine coupled with othernatural nutrients known to be neuroprotective (grape seed extract, resveratrol,curcumin, DHA) can lower the stress placed on critical brain structures andprovide an effective shield against development and progression of disease.Carnosine is found most commonly in beef, pork, poultry and dairy products.Many health-minded individuals avoid a diet centered around animal-derivedfoods and supplementation (1,000 mg per day) has been found to be an effectiveand bioavailable alternative.
Diposting oleh Julie di 05.41